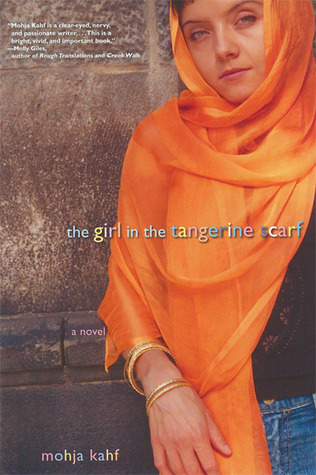 Kahf's 2006 novel is remarkable in many ways -- notably, it elegantly resists some of the pressures placed upon Arab and Muslim American writers, a resistance that sometimes feel rare. Perhaps this is due to the fact that this novel, though published in 2006, has nothing to do with 9/11; it begins in the 1970s. This is not a narrative that deploys stereotypical tropes, such as misogynist male protagonists or characters that are driven insane by their split identities. The protagonist is a young woman whose faith both contrasts with and complements her independence.

The main character, Khadra, is a pious Syrian American from Indiana, but she doesn't follow the expected domestic trajectory that many Muslim American and Arab American texts lay out. She marries while still in college, gets pregnant, but realizes she doesn't want to have a family with her Kuwaiti husband, who is overly controlling (one of their many problems is rooted in his discomfort with her riding a bike. He goes from saying that "it's unIslamic. It displays your body" to "it's idiotic, riding a bicycle in hijab. You look totally stupid and clumsy and clownlike." He becomes increasingly more controlling: at one point, he objects to other men who try to speak to her at a public event. Khadra resists his attempts to control her and decides to have an abortion; afterwards, she initiates a divorce. She then travels to Syria where she stays with her grandmother and eventually returns with the newfound decision to wear the hijab on a more intermittent basis. But this decision does not necessarily make her less devout:

“The covered and the uncovered, each mode of being had its moment. She embraced them both. Going out without hijab meant she would have to manifest the quality of modesty in her behavior, she realized one day, with a jolt. It’s in how I act, how I move, what I choose, every minute. She had to do it on her own, now, without the jump-start that a jilbab offered. This was a rigorous challenge. Some days she just wanted her old friend hijab standing sentry by her side."

While Khadra's narrative is at the center of the novel, the characters surrounding her run the gamut of what it means to be Muslim: they are secular, devout, intelligent, and thoughtful. No character, flawed as they all are in their ways, is a caricature, including her domineering ex-husband: Kahf has presented a tableau of endearing individuals whose lives intersect at this particular moment in Indiana. This is not simply a story of a Muslim American woman writ large: it is a thoughtful exploration of a community of individuals in Indiana: it is a much a Midwestern tale as it is a Muslim and an American one.
Collapse