Here are brief comments on three books of poetry! 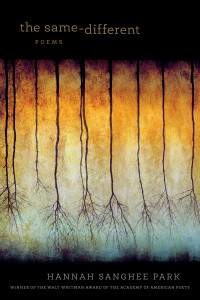 Hannah Sanghee Park's the same-different (Louisiana State University Press, 2015) is the winner of the Walt Whitman Award for 2015 for a poet without a previously published book. Park's poems are spare but rich with wordplay.

The asking was askance.
And the tell all told.
So then, in tandem
anathema, and anthem.

Park pays close attention to the sounds of words and how they can both enhance and trouble their meanings when juxtapositions produce startling ideas. 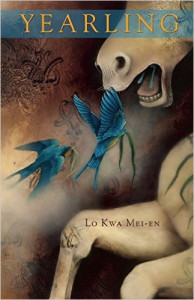 The world is another cage I cannot map. Once
emptied, the ocean will sit down, a love song inside it:
a black fish mouthing Hallelujah to the walls, opening
itself on them for good. . . .

The poems make allusions to not just to a variety of creatures but also literary characters like Ariel and Ophelia. 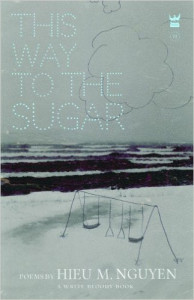 Hieu Minh Nguyen's This Way to the Sugar (Write Bloody Press, 2014) is a collection of poems that plumb the raw depths of sexuality and identity.

Of course it was a bad idea
sending my address
to that headless gentleman--
jack-o-lantern's smile, out of frame,
assumed he would come on a dark horse,
not unlike a prince.

A number of the poems confront the complex dance of anonymous hook ups online, tracing the mix of desire, shame, danger, and racially-laden expectations in such encounters.
Collapse