A Review of Sabina Murray’s The Caprices, A Carnivore’s Inquiry, and Forgery (all published through Grove Press). 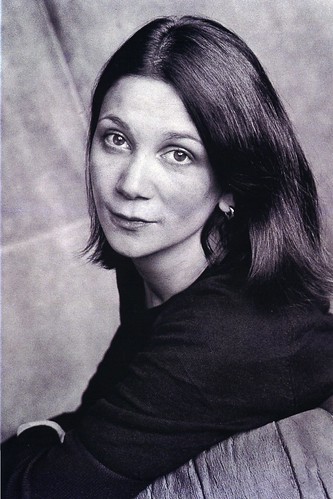 What this review unfortunately neglects is Sabina Murray’s first novel, Slow Burn, which I am in the process of reading currently.  Her short story collection, The Caprices, details the gruesome circumstances related to the Pacific Theater during World War 2, where the violence of Japanese colonialism is rendered in graphic form.  Various stories detail the Bataan death march, the domestic brutality of the everyday as the Japanese come to inhabit the Philippines, the gradual disintegration of a Dutch mixed race family in Indonesia, among other contexts appear.  The Caprices is unyielding and unflinching; the bodies pile up and characters often are killed in horrifying circumstances.  By the conclusion of this collection, I had trouble sleeping and it is a testament to Murray’s visionary power as a writer that the stories can evoke such a strong affectual response.  The last story is particularly chilling because the readers come to realize that the so-called Japanese aggressors are not the villains to the story, even though they seem to embody the most evil threats that appear throughout.  When the Americans appear at the conclusion in a story that tells us that Hiroshima is just about to be bombed, we begin to understand that the roots are in something else, the complicated historical continuum that continually enables war to resurface again and again as response, as reaction, as revenge.  This work also won the PEN award.

A Carnivore’s Inquiry follows the picaresque adventures of Katherine Shea.  The story begins with Katherine Shea returning to the United States after living in Europe for a number of years.  She ends up in a fateful encounter with Boris Naryshkin, a Russin immigrant writer, that results in a unique relationship, in which it is unclear at first who had seduced whom.  As Boris is considerably older than Katherine’s young 22 years old, there is the sense then that Boris should have had much more cautious before embarking on this long-term relationship, but as the novel continues, it becomes clear that Katherine is much more calculating than the readers realize.  Katherine begins a number of dalliances with other men, including a street musician, Arthur, who she meets after having eventually convinced Boris to get a rental property in Maine, where she can live much more independently from Boris.  Katherine will later travel to New Mexico as she discovers that her mother has left her a property that Katherine wishes to sell.  Interspersed in her various adventures, Katherine demonstrates a keen mind, exploring in particular those historical events in which cannibalism occurred, whether in the context of the Donner Party or in indigenous sacrificial rituals.  The novel is quite stunning as a work of “ideas” rather than of some sort of realist depiction and we begin to see all the symbolic levels in which cannibalism might be read, how the story itself is really an allegory.  In this regard, the elaborate “dressing” that Katherine seems to drape herself in and her imagination of the world around her seems to suggest a larger pall in which the postmodern subject deludes himself or herself.  I especially enjoyed the gothic ambience of the text, which unsettles the reader and we are not surprised when mysterious deaths start to arise.  This book is quite a departure from The Caprices and easily demonstrates Murray's writerly range and spritely imagination.

Forgery, like A Carnivore’s Inquiry, seems to function on an allegorical level.  The year is 1963 and the protagonist is Rupert Brigg, a 30 year old antiquities dealer, who travels to Greece in search of rare artifacts that he can bring home in order to sell.  He also unfortunately is suffering in the wake of a broken marriage and the loss of his young son.  Consequently, it is with much depression that he travels to Greece.  He soon links up with a number of family friends and a colorful cast of acquaintances that energizes his various adventures.  Murray is adept at making it clear how much of a foreigner that Rupert is and how much he stands apart from what is going on around him.  Early on, Murray pairs him up with Nikos Nikolaides, a man who has seen his fair share of debauchery while on the Island, gamely taking on youthful female tourists, who have come to find, like Rupert, the “real” Greece.  Rupert begins to tire of these antics, but a stay in a secluded Greek Island, Aspros, begins him on a journey of self-reflection, but a murder begins to change the tone and the nature of the plot.  Unlike Katherine Shea, Rupert is a much more reliable narrator, even though the question of authenticity and of originality make us wonder what sorts of illusions Rupert fancies of himself as he attempts to sort his life together.  Like A Carnivore’s Inquiry, Forgery does not provide us much in the way of Asian American experiences.  Nevertheless, there is much going on with the neocolonial relationship that existed between Greece and the United States during the sixties, as the Greek government had come under much observation for turning more “communist” in character.  In this regard, we can see the Cold War context as fueling much of the paranoia and suspicion that pervades the novel.  What is of course interesting to think about in relation to the author is whether we can extend the question of “forgery” directly to the nature of art forms in general?  What is more valuable, the original or the copy?  What is the copy in the world of postmodern simulacra?   Murray’s work is always provocative and does not necessarily leave us with clear answers; these ambiguities enrich rather than take away from her work.